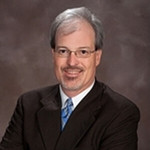 John has earned an AV® Preeminent Peer Review Rating by Martindale-Hubbell™, the highest recognition possible in the legal industry, for his professionalism and ethics.

John W. Robinson III is an attorney in Jackson, Mississippi with 19 years of civil litigation experience. John was born and raised in Jackson and is a fifth generation Jacksonian. He graduated from St. Andrews Episcopal School in 1982 and from Hampden-Sydney College in Virginia in 1986 with a B.A. in History and English. After college, John spent two years in Washington, D.C., where he worked for the law firm of Reed Smith LLP. John attended William & Mary Law School, graduating in 1991. He then returned to Jackson, MS to enter private law practice.

John joined Wise Carter Child & Caraway in Jackson, MS as a litigation associate in August 1991. At Wise Carter, John handled a broad spectrum of commercial and civil litigation matters, including cases involving contract disputes, business torts, products liability, property damage and personal injury claims, insurance coverage issues, wills and estates, and property disputes. John spent most of his time at Wise Carter defending the firm's railroad clients in grade-crossing and FELA cases throughout the state. At Wise Carter, John participated in numerous trials in state and federal courts and, in early 1994, first acted as lead counsel in a jury trial in the U.S. District Court for the Southern District of Mississippi. In November 1994, John joined the Jackson, MS office of Phelps Dunbar LLP as an associate in the firm's General Litigation Section. During his first two years at Phelps, John spent the majority of his time representing clients in environmental insurance coverage litigation in New York and California state courts. In these cases, John was responsible for discovery regarding the cause of environmental contamination at numerous manufacturing facilities throughout the country. In this capacity, John took hundreds of fact and expert depositions and supervised the review, analysis and organization of thousands of documents related to the history and operation of the sites at issue. John acted as liaison counsel for the firm's clients in various joint-defense groups and worked and coordinated efforts with counsel for co-defendants throughout the country. Following discovery, John was responsible for drafting numerous summary judgment and other dispositive motions. Ultimately, both cases were resolved on terms favorable to the firm's clients.

During the next two years, John worked on a variety of commercial cases involving a multitude of claims and issues. The most time-consuming of these was a case in which the landlord of John's client, a casino operator on the Mississippi Gulf Coast, sought a declaration that the parties' lease was terminated and to require that John's client immediately vacate the leased premises. John handled virtually all discovery, motion practice and pre-trial preparation and, in December 1997, he and another firm lawyer tried the case in the Chancery Court of Harrison County, Mississippi. After a two week trial, the Court denied the landlord's requests for declaratory relief, upheld the validity of the lease agreement and ordered that John's client be permitted to continue its gaming operations.

John became a partner at Phelps in January 1998. It was about the same time the focus of John's practice turned to mass tort defense. Since then, John has represented numerous clients in toxic tort cases throughout Mississippi and in federal multi-district litigation in Texas and Pennsylvania. He successfully defended tens of thousands of asbestosis and silicosis claims and, at one time, managed a docket of more than four hundred cases filed on behalf of more than 60,000 individual plaintiffs. John was lead counsel and partner in charge in all of these cases and supervised and managed as many as eight associates and nine paralegals assigned to the litigation. Over the twelve years John has handled these cases, virtually all claims against John's clients have been dismissed. During this time, only one of John's clients settled and with only one plaintiff. John's client settled this case after four days of trial, after all other defendants had settled and/or been dismissed and for an amount best described as “nuisance value.”

The Law Offices of John W. Robinson III, PLLC serves clients in Ridgeland and throughout Mississippi.

Thank you for contacting us. We will get back to you shortly.

Please complete all required fields below.

We offer a free consultation and we'll gladly discuss your case with you at your convenience. Contact us today to schedule an appointment.